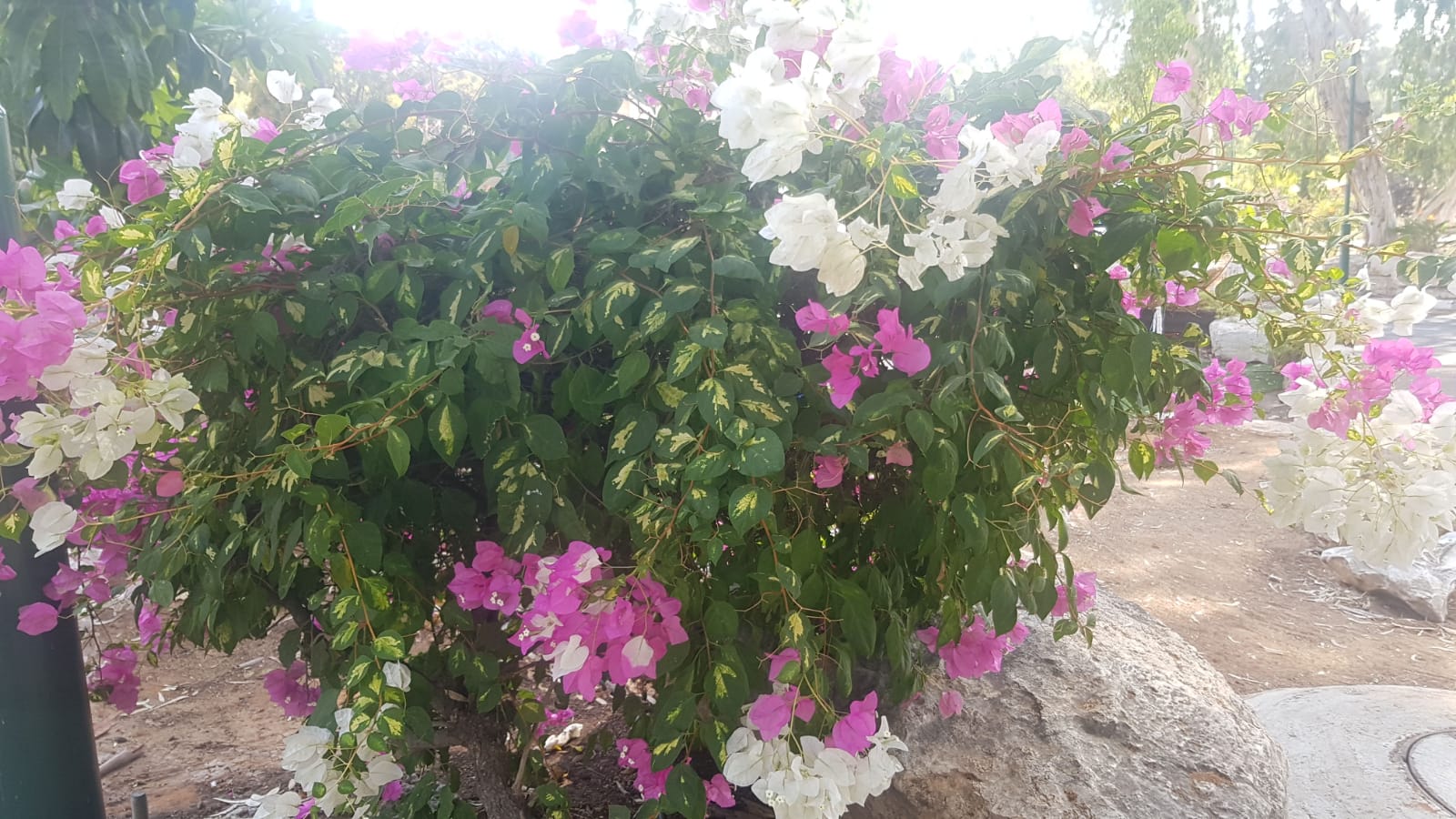 Another breakthrough in pancreatic cancer research. Israeli scientists and doctors have induced the self-destruction of pancreatic cancer cells in mice. A small molecule, PJ34, normally used to treat stroke victims, reduced cancer cells by up to 90 percent a month. There were no adverse effects. Normal cells were unaffected.

US approvals for AI image analyses. Israel’s Zebra Medical has received several approvals from the US FDA. They include detecting heart disease, (see here) pneumothorax (lung trauma – see here), intercranial hemorrhages (brain bleeds – see here). It has just received another for detecting fluid on the lungs.

Green light for finger prick blood test. As predicted previously, (13th May) the OLO finger prick blood test device from Israel’s Sight Diagnostics flowed through the US FDA approval process. It enables use of the CBC (Complete Blood Test) device in laboratories run by hospitals, diagnostic providers, and outpatient clinics.

Israeli doctor runs Canadian AIDS clinic. (TY Robert) To coincide with World AIDS day, Robert Sarner wrote this article about Israeli-born Dr Neora Pick. As medical director of Canada’s only multidisciplinary clinic for women and children with HIV, she treats some of the 63,000 (and increasing) Canadians with HIV.

Increasing US-Israeli medical cooperation. (TY Janglo) 21 bipartisan US lawmakers have requested that the US establishes an FDA office in Israel to facilitate collaboration in life-saving research. They wrote that Israel’s world class medical research programs have positively impacted the global health system.

Teva partners Israeli universities for new cancer treatments. (TY Nocamels) Israel’s Teva and Tel Aviv University have signed an R&D agreement in the fields of cancer and brain studies. Teva has also partnered with Israel’s Weizmann Institute to identify the next generation of innovative antibodies for cancer treatment.

How blind people use Smartphones. One Israeli startup at the Digital.Health.Now conference was RightHear. (see here). This video shows how the blind use its technology to access the functions on a Smartphone. Also, (TY Jacques) RightHear is supporting the first official blind-friendly street in Israel, and possibly the world.

Calm down. Another Israeli product showcased at Israel’s Digital.Health.Now conference was Calmigo. Its advanced technology provides immediate, drug-free relief for moments of distress, anxiousness, and stress by regulating your breathing patterns and stimulating your senses.

A day in the life. Last week 50 members of our synagogue were privileged to be given a tour of Emergency Service United Hatzalah’s headquarters in Jerusalem. United Hatzalah’s volunteer EMTs arrive at the scene of an incident within three minutes, often saving lives in Israel. Click the link to read a recent typical example.

ISRAEL IS INCLUSIVE AND GLOBAL

Making the UN more accessible. On the International Day of Persons with Disabilities, the Israel mission to the UN donated to United Nations Other Groups Director-General Tatiana Valovaya, three pediatric wheelchairs made by the Israeli NGO ‘Wheelchairs of Hope’ (see here).

Bolivia renews ties with Israel. Following recent elections in Bolivia, the foreign minister of the country’s transitional government, Karen Longaric, announced that Bolivia will renew ties with Israel, after a break of more than a decade. https://www.jpost.com/Israel-News/Bolivia-renews-ties-with-Israel-609316

Ethiopians meet medics who saved their lives. Over 100 Ethiopian young adults met 30 surgeons, nurses and technicians from Israeli NGO Save A Child’s Heart in Addis Ababa. Decades earlier, SACH doctors performed heart surgery on them as young children to save their lives. The medics saved another 31 children on this visit.

Israel’s rescue mission to Albania. This video has been released to highlight the work of the Israeli Defense Forces team that responded to Albania’s plea for help following its devastating earthquake (reported last week). It also highlights Israel’s previous responses to requests for help after global natural disasters.

Olympiad medalists meet the President. (TY Sharon) Many Israelis won medals at the 2019 International Olympiads in Physics, Chemistry, Mathematical and Informatics. They were congratulated by Israeli President Reuven Rivlin and Education Minister Rabbi Rafi Peretz at a ceremony held at the President’s Jerusalem home.

Safe landing. (TY Hazel) Engine shutdown is one of the major causes of flight accidents. Students at Israel’s Technion Institute have built a safe landing guidance system for aircraft with disabled engines. The system (algorithm, interfaces with pilot display, sensors etc.) was successfully tested on an actual flight in Israel.

One step at a time. Israeli startup Selfit has developed a robot and augmented reality-based system to facilitate rehabilitation for many physical and neurological conditions. It also aids physical therapy and slow down the deterioration in cognitive functions for a variety of chronic conditions, including aging.

Training bacteria to eat CO2. Researchers at Israel’s Weizmann Institute have genetically engineered bacteria to live on carbon dioxide rather than sugar. Over a 10-year period, the researchers induced evolutionary changes in E. coli bacteria so it can survive on CO2. It could eventually be used to reduce CO2 levels in the atmosphere.

Jerusalem is a smart transportation city. Jerusalem was one of 28 finalists out of 450 entries for the smartest transportation city in the Smart City Expo competition in Barcelona, Spain. It was also runner-up for the Mobility Award for integrating the light rail train system with Axilion’s AI-based traffic light system.

Upbeat assessment from Moody’s. (TY Janglo) International credit rating agency Moody’s has reaffirmed Israel’s A1 sovereign debt rating with a positive outlook. Its report went even further, stating, “Israel’s economic growth has outpaced most other advanced industrial countries over the past decade.”

Currency reserves at new record. The Bank of Israel increased its reserves of foreign currency by a massive $1 billion last month. Their value at the end of November was over $122 billion – a new record.

Urban renewal of South Tel Aviv. (TY Jacques) The Tel Aviv-Jaffa Local Planning and Building Commission recently approved an urban development plan for the derelict area of South Tel Aviv. It will add many apartments and offices, plus large amounts of public and open space.

Hundreds attend GoForIsrael conference. Over 700 participants from across the world, including 100 from China, attended the 2019 GoforIsrael conference in Tel Aviv. The business summit brought together global investors, business leaders, and entrepreneurs for investment and collaboration opportunities in Israel.

Lumenis exits for $1.2 billion. Israel’s medical-device pioneer Lumenis (reported here previously) is being acquired by Baring Private Equity Asia for approximately $1.2 billion. Subject to the customary regulatory approval process, it will be one of the 15 biggest acquisitions in Israeli history.

The ultimate Zionist festival. Thousands of Ethiopian-Israeli Jews traveled from across the country to the Haas Promenade facing the Old City of Jerusalem to celebrate the Sigd holiday. With its roots in the biblical Book of Nehemiah, Sigd rededicates the community’s links to Torah, Jerusalem and Jewish unity.

Israeli EMTs save a family with falafel. (TY Janglo) After United Hatzalah volunteer paramedic Tal was badly injured in an accident, EMT colleagues including CEO Eli Beer worked shifts at Tal’s falafel shop. Their dedication kept Tal’s business going and supported his family while he recuperated.

Mosaics uncovered in ancient Golan synagogue. Rare colorful mosaic fragments dating back to the third century CE have been uncovered in an ancient synagogue at Majdulia in the Golan Heights. They shed light on the transformation of synagogues, after the Temple was destroyed, from places of study to prayer centers.

It’s never too late to make Aliya. Michael Okunieff fought the Nazis and rescued 75 Jewish children from Poland during WW2. At the age of 96 he has just fulfilled his dream of making Aliya from Chicago, with a little help from the Ministry of Aliya and Integration and the Nefesh B’Nefesh organization.

Egyptian discovers the truth about Israel. Please read this article about Egyptian-born Hussein Aboubakr who searched for information about Israel and discovered much of what he had been told previously was a lie. He is now a pro-Israel advocate, living in the United States. If only there were a lot more people like him.

A sanctuary for donkeys. A previous newsletter article (7th Apr) highlighted Israel’s animal sanctuary at Moshav Olesh, which was caring for a 3-legged donkey. Here is website for an Israeli sanctuary that looks after unwanted and abused donkeys. Its mobile clinic also treats hundreds of working donkeys in the PA territories.

Israeli thanks rescue dog that saved his life. When Daniel was fired from his job, in a lapse of sanity he tried to take his own life. After going missing for two days he was found unconscious by Eishela from the Israel Dog Unit. Daniel made a miraculous recovery and was finally able to thank Eishela and her handler.

IDF rescues unusual Syrian refugee. In a joint operation, the IDF and Israel’s Nature and Parks Authority, extracted a badger, one of Israel’s rarest predators, from the metal border fence between Israel and Syria on the Golan Heights. It had been trying to escape from Syria and was released near a water source on the Israeli side.