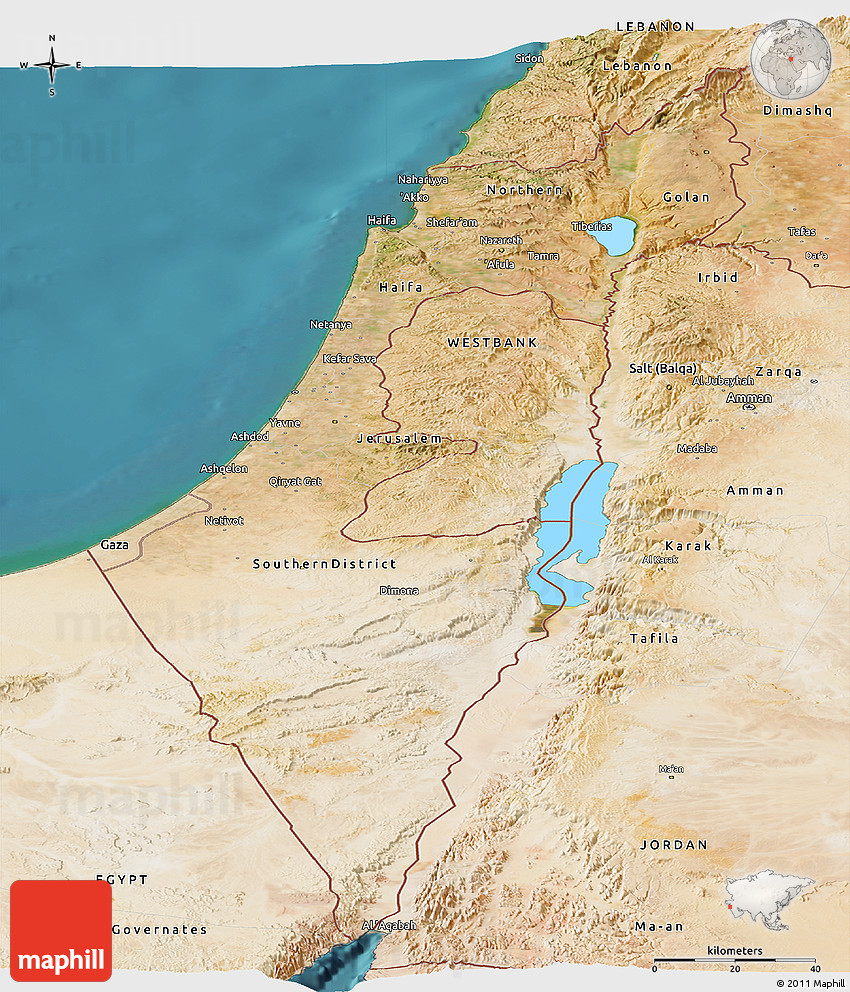 If you love traveling and you decided to go to Israel, there is a number of places that you absolutely must visit. From beaches to parks to temples – all of these are sites every tourist would be interested in.

Masada is a fortress located atop a mountain in an Israeli desert. Way back in the times of the Roman Empire, this was the last holdout for the members of the Jewish rebellion. Unfortunately, their revolt ended up in them taking their own lives after standing against a long siege. Nevertheless, visiting this historical site is a great experience (you can even hike if you don’t want to take the tram).

Jerusalem’s Old City has some of the most interesting architecture, holy sites, and an amazing atmosphere. You will have the chance to wander through the winding alleys and streets and see all of the historical sites that continue being important for priests, monks, and worshippers. Besides, you can get street food there too.

Sadly, this site is not visited that often by tourists coming to Israel, but it’s totally worth it. Despite Acre being the old city, you will find some very modern things here such as restaurants with great food, elegant hotels, and a classic Arabic market.

The Western Wall in Jerusalem is the exterior wall of the Jewish Temple. It is also known as the Wailing Wall and considered one of Judaism’s most holy sites. The open plaza by the wall gathers both men and women for prayer regardless of their faith.

Also called the Hanging Gardens of Haifa, these gardens are a beautiful place. They are holy for the followers of the Bahá’í faith and are a temple of the god Bah. You could come here for the view or you could visit to get to know the faith better because it’s not very widely known.

#6 Dome of the Rock, Jerusalem

Located within the Temple Mount complex right by the Al-Aqsa Mosque, the Dome of the Rock is one of the holiest places in Islam. You can visit the place on any day of the week except for Friday when there are some restrictions for visitors.

Tel Aviv’s Port was recently revamped and turned into a place with many restaurants and cafés. If you aren’t a fan of beaches, this is exactly the place to go to see the sea (and even buy some local food at the farmer’s market or the restaurants).

#8 The Church of the Holy Sepulchre and Via Dolorosa

The Church of the Holy Sepulchre and Via Dolorosa is a truly interesting place. You could be following in the steps of Jesus himself by walking through the Via Dolorosa and get to the destination of the Church. The biggest advantage for tourists and pilgrims is that it has been renovated recently.

The International Style houses, also known as Bauhaus, are located in Tel Aviv’s White City. The White City is also a part of the central Lev Ha’ir district which is absolutely fascinating with its architecture. You can even get an organized walking tour to explore the area better.

You could say that Jaffa is one of the best parts of Israel in part thanks to its reputation as one of the oldest port cities in the world. It’s a great alternative for Tel Aviv’s port. You could also look for information about it in other languages than English with the help of an online translation service like The Word Point. After all, this will give you more accurate info.

Mahne Yehuda is the central market of Jerusalem and a middle eastern bazaar full of life. You will find all the best local delicacies here as well as street food and many other interesting souvenirs. There is also a restaurant to check out if you aren’t too happy with street food.

Another amazing place to get souvenirs is the flea market in Jaffa. There are so many weird antique pieces you can find here and dozens of stores selling strange items. Moreover, there are also fancy cafés and restaurants to grab some food. You could say that Jaffa’s Flea Market is a great example of how the old can meet the new.

This is an unusual place to visit in Israel, but it’s still worth it. Eilat’s Barrier Reefs are located in the south of Israel on the head of the Red Sea peninsula. In fact, you can even see Saudi Arabia from it on good days. There are coral reefs, dolphins, and a lot of life both underwater and in the air.

If you are the adventurous kind, you might be interested in exploring the Arava Desert which is by far one of the most beautiful deserts in the world. It might get very hot, so if you aren’t used to extreme conditions, this might not be a good place for you.

Lake Kinneret, also called the Sea of Galilee by the Israelis, is the place where Jesus walked on water. It is truly an important site as well as being Israel’s main water reservoir. You can also go sun-bathing just like many other tourists and locals love doing here.

#16 Hipster Central at the Big Synagogue in Tel Aviv

You could say that this is the most important region for all the hipsters of Tel Aviv. Also known as the Big Synagogue plaza on Allenby Street, this site has bars and restaurants to eat in. If you are looking for some contemporary Tel Aviv cuisine, also visit the Port Said and Santa Catarina. But if you want to get a drink and party, go to Otzar.

Did you know that the lowest place on our planet is the Dead Sea? Its mud has healing powers and helps your skin become healthier. It’s not the kind of sea you are used to though, but it’s definitely an amazing place to dip yourself in some (useful) mud.

It’s a great idea to visit some of Tel Aviv’s beaches, but there are so many that you might not always know which ones to start from. Just look at the ones mentioned earlier on this list and consider getting a tour or asking locals about their favorites.

The Golan Heights are located in the very north of Israel and are known for their colder climate that is completely different from the country’s usual heat. You can go skiing or simply visit some cafés such as Café Anan. Unfortunately, it has earned a bad reputation in recent years, because the so-called “war tourists” come here for the fighting in Syria.

Caesarea is one of the richest regions in Israel that, by matter of chance, has some cool ruins too. Caesarea Maritima was built way back in 25 BC by Herod the Great and became ruins only later on obviously. You will see the remains of a Roman theater, a hippodrome, a temple, an aqueduct, and some fortifications.

In conclusion, there are definitely many interesting places to see in Israel, so if you are up for an exciting adventure, this is your chance. Check out all or most of these places to fully immerse yourself into the beautiful country of Israel.

Steve Kramer – Flash: Israel is Jewish – duh!
UNPACKED-Watch Israeli Nobel Laureates- The People of the (Chemistry) Book
To Top
%d bloggers like this: