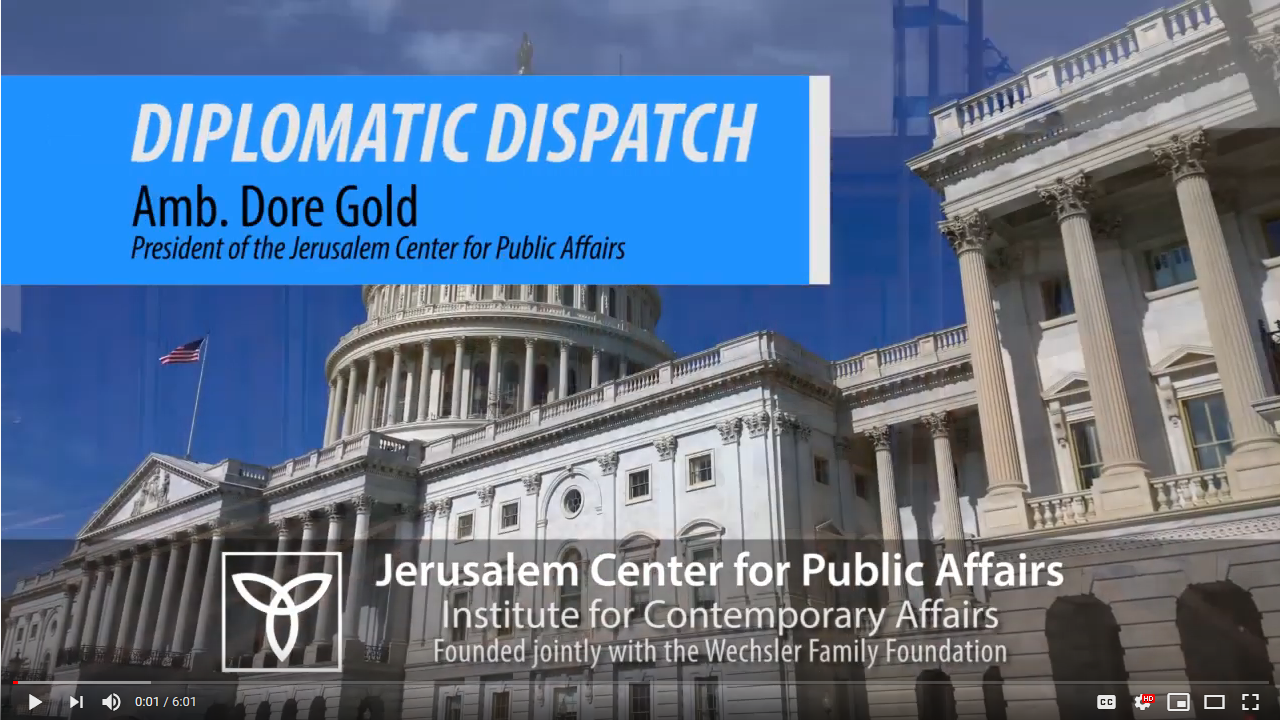 Amb. Dore Gold – The Attempt to Revive the False Charge that Israel Is Racist

Every few years there is a voice that emerges which seeks to brand Israel or its leaders as racist.

The most famous case of this anti-Israel charge was the decision of the UN General Assembly in November 1975 to brand Zionism, the national liberation movement of the Jewish people, as racism.

Israel’s ambassador to the UN at the time, Chaim Herzog, speaking in the name of the Jewish people as a whole, responded by saying that the resolution was based on hatred, falsehood, and arrogance. It was devoid of any moral or legal value.

Standing before the UN General Assembly, Herzog tore the resolution in half. In December 1991, the determination that Zionism is racism was formally revoked by the General Assembly, largely as a result of the diplomatic efforts of the United States.

The great Middle East scholar, Prof. Bernard Lewis of Princeton University, wrote in Foreign Affairs in October 1976, that the inspiration for the resolution came from certain Arab states, but was especially a product of the Soviet Union, which had learned the efficacy of anti-Jewish propaganda for advancing its global aims. But in 1991, even the Soviet Union voted with the majority in the UN to revoke the lie that they themselves had fabricated and spread worldwide.

Today, asserting any connection between Israel and racism is no longer found in the UN alone. Tragically, it has been reawakened in the context of the 2020 American presidential campaign, with the charge by Senator Bernie Sanders that the Israeli government under Prime Minister Netanyahu is racist. Sanders stressed a second time that the U.S. must not accept “authoritarianism” or “racism.”

Perhaps he knew that Israel would have a hard time responding to this distortion of current history because it does not want to get drawn into American domestic politics. But Israel cannot, indeed Israel must not, let such lies stand without a response, its faith in the American people notwithstanding.

Those purveying the lie about Israel and racism know better. Europe today is intercepting boats full of Africans, refusing them entry into their countries. It is Israel which reached out into Ethiopia during the 1980s to assist 120,000 of their Jewish brothers and sisters to cross Sudan and start new lives in Israel. During the Syrian civil war, it was Israel that quietly opened its borders to Syrian refugees in order to provide them with urgent medical care. Anyone visiting Hadassah Hospital, or for that matter any Israeli hospital, will witness how thousands of Arab and Jewish patients are cared for by Arab and Jewish doctors.

Israeli medical teams led the effort to defeat Ebola in West Africa, with mobile clinics which were flown in. It has been Israeli policy under both Labor and Likud governments to reach out to Africa and provide developmental assistance under its Mashav programs. Ironically for the case being made at present, it was Prime Minister Netanyahu who put Africa at the top of Israel’s priorities, with his repeated visits to the continent, starting in 2016.

The charge about Israeli racism is made with a broad brush stroke without any attention to details. Is it racism to accept patients regardless of their race, religion, or economic capacity?

Peace will eventually prevail in the Middle East, but it will be delayed if falsehoods about Israel continue to be spread and the Jewish state is defamed by those who should know better.

Barry Shaw – ISRAEL GIVES BACK TO THE UNITED STATES FAR MORE THAN IT RECEIVES
Sabine Sterk – From Hamas with Love
To Top
%d bloggers like this: